Online Doctor Consultation: Get expert help from the team of specialized doctors associated with us!

Request for consulation by filling the adjacent form.

How does Online Doctor Consultation Work? 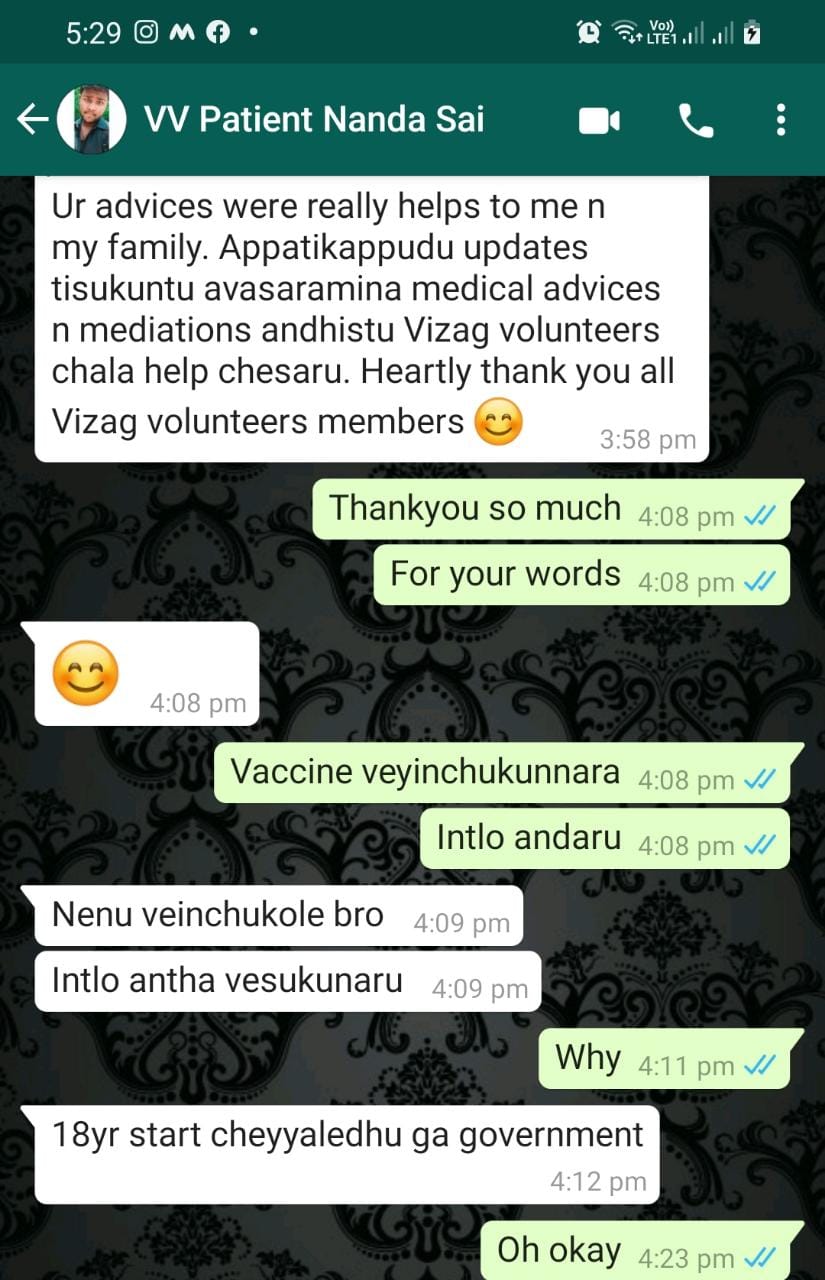 Why free Covid-19 Consultation is needed?

During the first wave of Covid-19, when the number of asymptomatic cases was high, and patients were mostly home quarantined, we got many calls asking for help as the cost of treatment was high. Vizag Volunteers built a team of volunteers whose primary focus was to take calls on our helpline, guide the patients about home quarantine after consulting the doctors' team.

We identified the following points which made us continue the service:

All your questions answered.

What is the Vizag Volunteers Doctor Consultation project?

Is there any paid Doctor Consultation?

Yes, if the patient requests us to connect him to any reputed doctor we would refer him. Please note that we don’t charge money from the people who approach us.

How can I register myself for doctor consultation?

To register yourself for the Doctor Consultation provided by Vizag Volunteers you have to fill the form above and submit it. Our team will follow up with you and provide proper guidance.

Is the doctor consultation limited to Covid-19 only?

Since we are in the middle of the Covid-19 pandemic, we are only providing Doctor Consultation services to Covid-19 patients. In the future we plan to extend it to other areas of healthcare as well.

I am fully vaccinated with 2 doses of vaccine. Am I immune to Corona virus?

No, as per the recent research studies, vaccination doesn’t prevent covid-19 infection in anyone. It can prevent severe disease and hospitalization due to coronavirus infection.

I haven’t taken the Covid-19 vaccine yet, should I take it?

Vaccines have been developed and approved after multiple tests and safety checks. The vaccines approved by the Govt of India are safe and you can opt for any one of those.

How can I prevent Covid-19?

The best way to prevent illness is to avoid being exposed to the virus. Follow the below preventive actions:

What are Monoclonal antibody?

What are some of the important SARS-CoV-2 variants?

Multiple SARS-CoV-2 variants are circulating globally. Some variants contain mutations in the surface spike protein, which mediates viral attachment to human cells and is a target for natural and vaccine-induced immunity. Thus, these variants have the potential to be more transmissible, cause more severe disease, and/or evade natural or vaccine-induced immune responses. Some of the more important circulating variants are:

Join us as a Covid-19 Doctor Consultation Volunteer.

Donate your Manhours
They mean a lot!!

Support our cause of providing few treatment to the poor.

Donate to support our
initiative!!